It’s a very promising algorithm，beacause it generate approximate results very quickly, however there’s some issue with its convergence speed.As far as i know, the photons should not be visible to camera unless it’s caustics.Through a process of ray tracing which is called “final gathering”, the noise of photons could be greatly reduced. This method were adopted in mentalray(which is dead now). 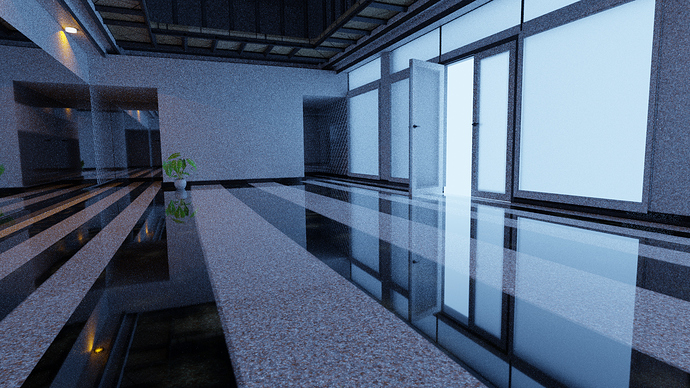 hall21920×1080 1.55 MB
As we can see the noise near the camera is generated by photons, while the fireflies near the lights come from ray tracing. Combining two methods giving a renderer stronger applicability and generality.
Here’s another picture rendered with blender cycles which shows its weakness. 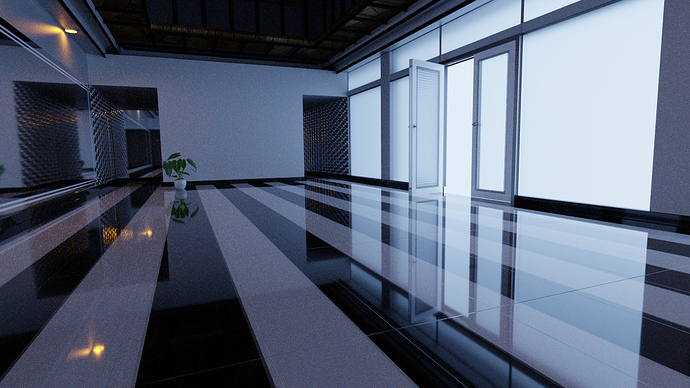 hall1920×1080 1.31 MB
I encourage you guys keep on developing .Overall you did great jobs ! Since cycles mainly focus on flexibility, its lack in speed makes it not suitable for complex scene . Thanks for your selfless efforts!

Well ,I also noticed that those photons might evolve to be smaller than a pixel, which contribute nothing to the image. If it’true, I think that’s the main reason why it doesn’t converge at all after first ten minutes. When the radius of photon is smaller than a pixel, photon mapping naturally turns into light tracing，and that’s when the method goes unbiased. After all ,blurring photons does nothing but give us a preview, and definetely brings error to the rest of picture.

Hi @shuzhan_yang,
and welcome to our forum!

Thanks for posting the stylish images.
SPPM is indeed a valuable addition to our standard path-tracer, enabling rendering of strong caustics. It has it’s use cases and, as you stated correctly, is a biased method (the blurring from the density estimation) but importantly consistent (it converges to the correct solution eliminating the bias over time).