Conveyor (comparison between LuxCoreRender and appleseed) 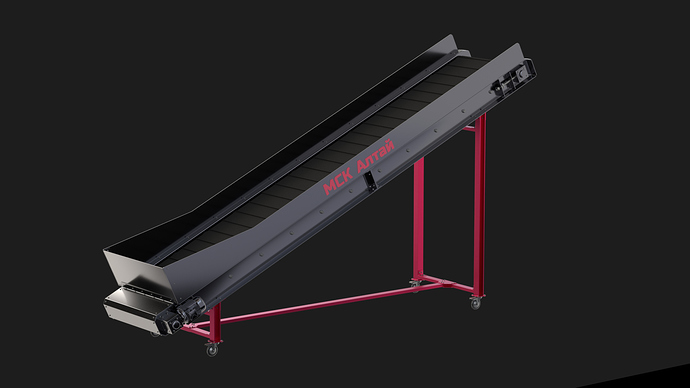 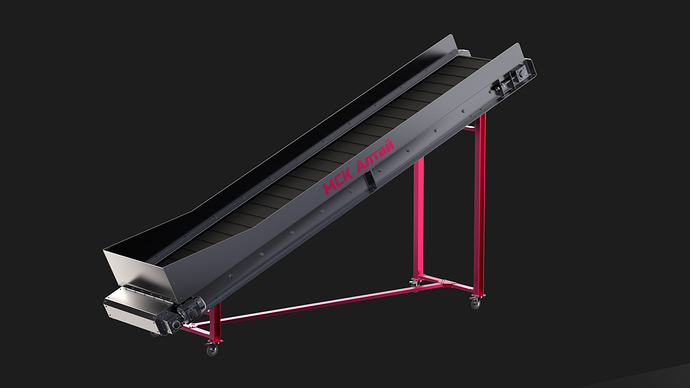 This is my first render in Appleseed.
I have not yet learned to use it.
But I have half a year experience in Luxrender.
This scene was originally created in Luxrender.
In Appleseed, I just replaced the materials.
I tried to set the same material parameters.
The lighting is the same, I have not changed anything

I am very pleasantly surprised by the result!
I’m shocked! I am amazed! I am inspired!
Hooray! Hooray!

Of course, there are flaws in the render. But I do not know how to customize. This is the first result. First job.

Thanks a lot for the render engine comparison of an industrial product visualization.
Some comments which may help: 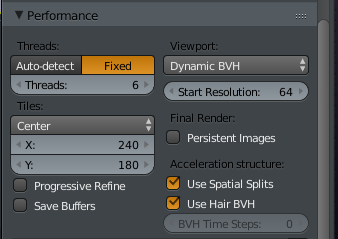 I know about all these settings. How to disable CPU cores, etc. But this does not help in the case when Luxrender is Tile Path + Denoiser.

It looks so great! what’s the appleseed render? the bottom one?

Thanks!
Yes, the bottom render is appleseed.
Then I added a glossy metal and changed it to GGX, and it was almost impossible to distinguish it from LuxCore render.