Following @bigretching rendering skin, I decided to download a full face 3D scan that was available for blender, I exported everything and imported to 3ds max, I used Standard surface and random walk. 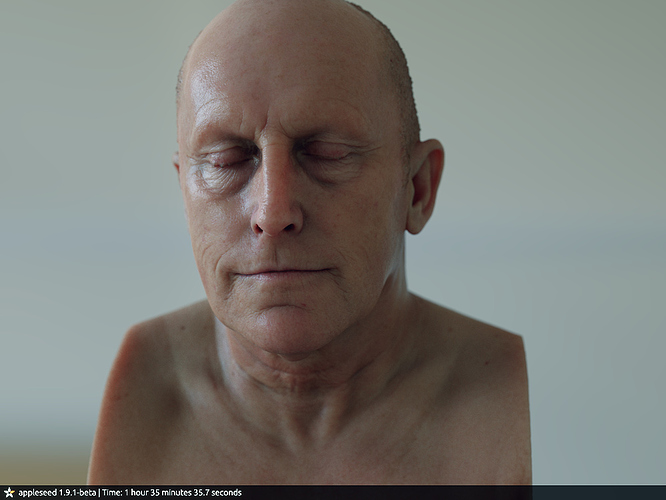 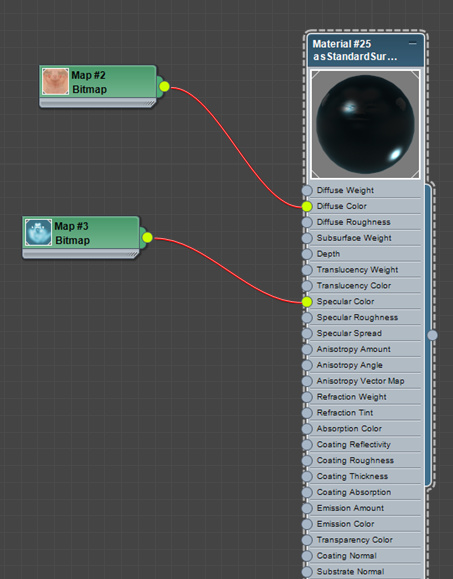 But you really know how to shade stuff.

What is your depth scaling like? And no depth map? No normal map?

You are all wizards to me.

Wow, awesome! Once finished, will go straight to the gallery if you’re OK with that!

Just discussed with @biart who made a good observation: it looks like the nose is being more translucent than the rest, possibly due to a lack of occluders (cartilage) inside the nose.

The Random Walk BSSRDF does not handle occluders inside translucent objects yet. What you could try though is drive the SSS depth with a painted map and thus reduce SSS depth on the nose and other areas where the skin is thin. Just an idea.

It really does! I used a HDRI. Thanks btw, i just plugged in some textures and changed some numbers. It was fairly easy.

Haha, thanks! Are you having troubles with bump scale and SSS?

To be fair the textures were already there, I’ll prepare the scene if someone wants to try.

It’s finished so you can already upload it to the gallery. I’m Ok with it :DD

I did noticed the nose being more translucent than other parts, I was going to but it was a quick excersise. I will do that later!

I spent some time cleaning up my blender addons, I was using a bit glitchy build of blenderseed, and I was losing my mind over the sss… Turned out that was only with embree enabled, it sliced my mesh in two parts across the z axis, but I thought it was my depth map causing it. I was also using a normal map that wasn’t working well, but now all is better. And the new blenderseed build is super fast! I just can’t use embree with sss still, but it’s all the same to me. I will upload what it looks like on discord, I never got around to it yesterday.

I will show a wip later, it hasn’t changed much yet though, again I have just experimented, it is too much fun.

Glad someone isn’t counting on it being done soon. I’m fucking terrible at being efficient with my own stuff, I love the in-between too much

Do I understand correctly that SSS + Embree causes bugs? In that case, it would be super useful if you could provide a small test scene that repro the issue and we’ll investigate.

I can upload a scene file when I get home, it will be a couple of hours. Do you want me to upload an appleseed file, or a blend file?

There is a few textures and an HDRI, I noticed that the ‘slice’ changed position with different environments, but I’m not sure exactly what influences it… It could still be my geometry, but I don’t think it is

I can upload a scene file when I get home, it will be a couple of hours. Do you want me to upload an appleseed file, or a blend file?

An appleseed file (or appleseedz) would be easiest.

Can you show a screenshot?

I have exported a scene from blender with the “export appleseed scene” option, if it will work for you i dont know. It made some folders, and an appleseed file, but i think you will have to recreate the _archives folder, since i couldn’t upload it to onedrive since it is empty, and i didn’t make it manually.

Here is the onedrive link: https://1drv.ms/f/s!AnCE2t_lJZ1GmdwuqphC_2gmrVzXog

I also have two renders here, one with and one without embree. That is the only difference in the pictures 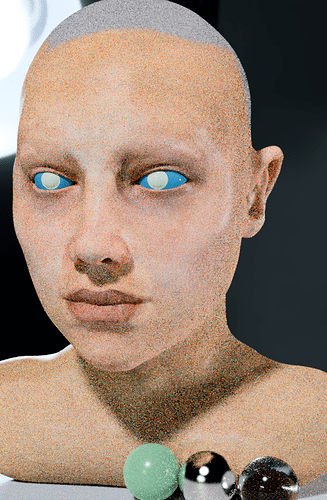 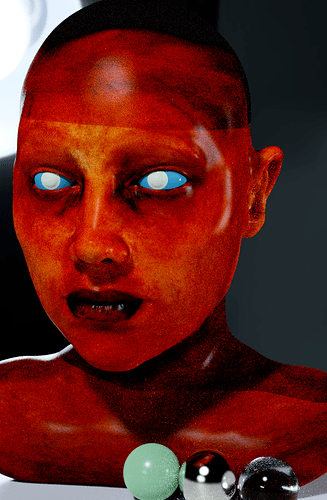 The Slices are different with different light setups for me, perhaps you can experiment with it. I should have posted this bug sooner, i thought it was my own fault till yesterday evening however. I make many mistakes, but i cant make sense of what it is.

I can post more later i am at a gathering and vnc from mobile is a pain i have grown to endure, but it still is super akward and slow for me! XD

The scale is different in the scene then when I originally couldn’t figure it out. The head was 27 cms high in blender units, but I scaled everything up and down to see if it was a culprit of anything, and I’m not sure that it changed a whole lot. Sorry for clogging up this thread, should have made a new one

do you have any material screenshots? 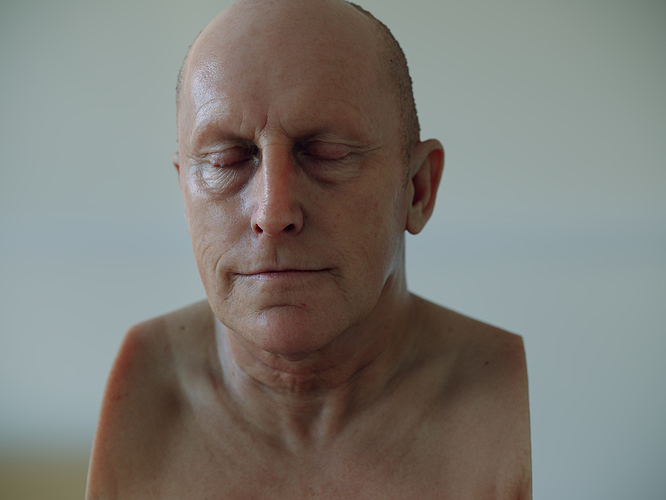 @juancarlosgzrz Which SSS profile did you use? Random Walk?