Just testing out how the sculpt looks so far, I have fucked it up many times and started over once again. I will start detailing it soon, will try multires and make some more refined textures…

The doodles are just to have some fun, they won’t stay.

Excited about the next release!

Take care everyone! Please critique all you want, I have no idea what I’m doing !

Cool! You could try to use Max Ray Intensity and/or Clamp Roughness to reduce the fireflies.

I will try to see what happens, never tried the clamp roughness feature yet!

The skin tone looks good. In addition to what @franz mentioned, the floor material could be changed. It should be a not too glossy and less bright one to reduce fireflies. Also one could change the lighting slightly to avoid darker areas under the chin. This would help reducing rendering noise.

Hey @Mango3! Thanks for the tips, that’s another way to deal with fireflies I hadn’t considered, I tried the suggestions yesterday just to see, and it really reduced them a whole lot too, it also killed the caustic on the glass pretty much, BUT, it was really super fast! I won’t be having any meaningfull caustics in the final scene, but I imagine the other tweaks would be nice before applying the ray settings.

The final render will be mostly neck and up, and I want to to try hair as well. I meant to do a witch when I started, but I have ended up wanting to model tank girl instead, my wife loves that cartoon. Tank girl also has pretty fucked up hair, so I think it will be kinda fun haha! And slightly forgiving

For some reason I really like these in between renders

I will be trying to break the symmetry a bit when I get some time again, and finish the eye balls and cigarette. My workflow is super inefficient when I read this, I think I will actually just finish detailing the face and finish the textures.

I felt like showing something again, I haven’t contributed with very much lately!

I am on the same build as last time where I talked about depth scale. I am using a depth texture here, and a depth scale of 0.005 and 50% subsurface weight. I can pack the scene if you guys want to see if it’s different now for you, perhaps it is a problem with the way I make the depth map, or “older” beta builds. But it works really great once you know how to setup the values with your own scene, appleseed shaders are fucking incredible, and probably why I love rendering here so much. And the flat lighting I tend to get with other engines is crisp and how I feel it should look, you guys figured out something crazy here.

It looks like a normal map/bump/displacement map is missing, it needs more details, but so far so good, skin looks really nice, good tone, realistic. I’d love to see this animated <3

a little bit of extra details, haven’t had a lot of time these last days! 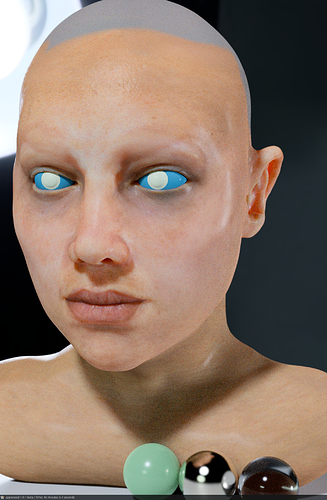 some progress of sorts, i downloaded the cigarrette from blendswap. The rest is still blender, appleseed and substance painter. 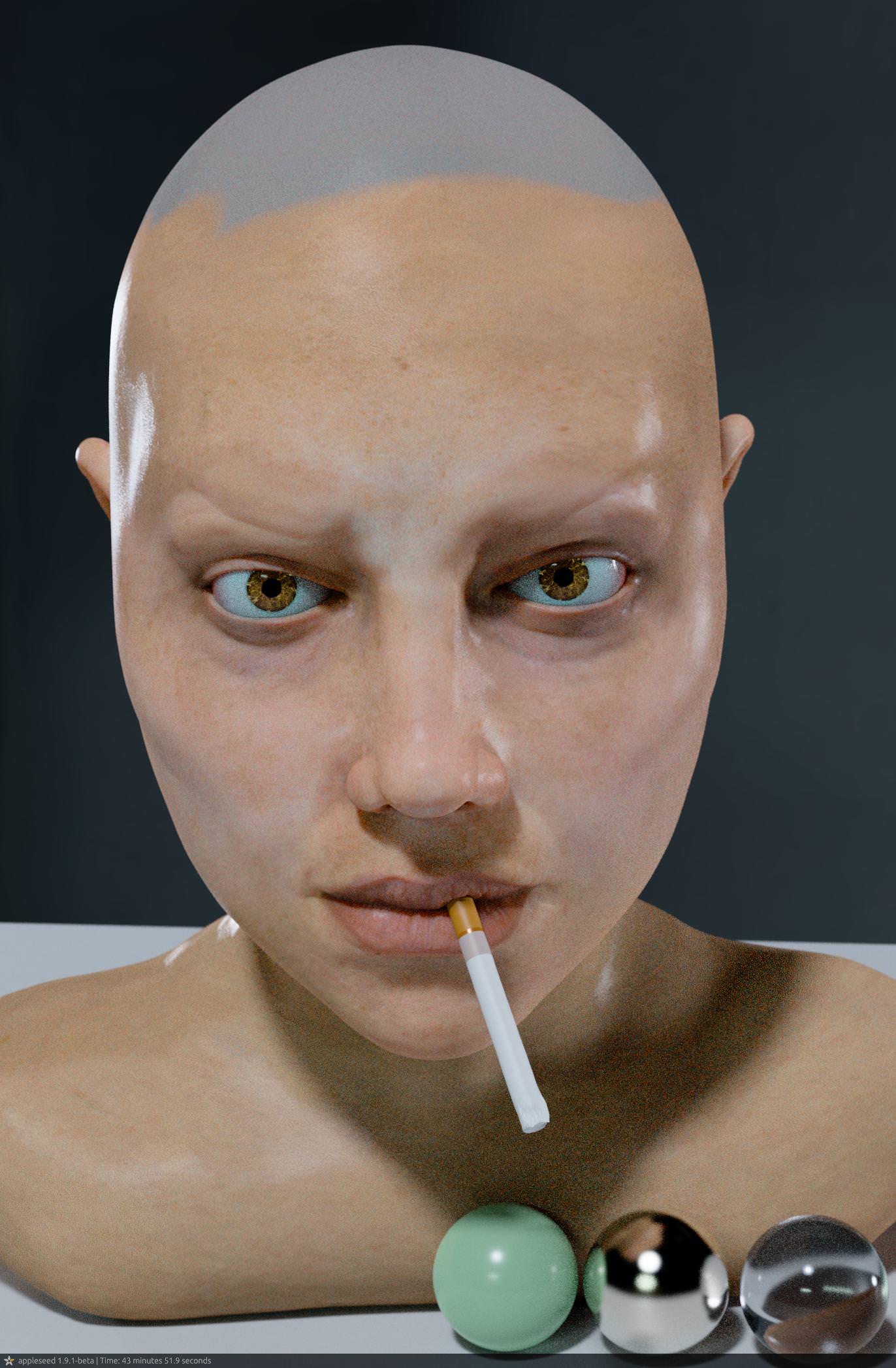